The medicinal products and nutraceutical products of INBIOTECH are applicable in treatment of multiple therapeutic areas. Most of our products are intended for treatment of socially significant diseases, such as hypertension and heart failure, stomach and duaodenal ulcers, traumas, diseases of the respiratory system, etc.. Other products from our portfolio are intended for prevention and treatment of diseases, which are not socially signficant, but still are reason for deterioration of quality of life of large number of people.

Socially significant diseases are diseases of modern lifestyle. In the countries around the world nowadays these diseases are caused by abrupt changes in lifestyle, as well as by risk factors, such as stress, smoking, sedentary way of life, and intake of food, which is not healthy, among large groups of people. People who suffer from these diseases, as well as their families, are economically and psychologically burdened. Socially significant diseases often lead to deteriorated optimal execution of daily activities of these people, as well as disability.

We from INBIOTECH strive to provide highly-effective, high-quality, safe and affordable medicinal products and nutraceutical products to patients in Bulgaria, as well as in other countries in Europe, Asia, Africa and the Americas. We aim to contribute to reducing the number of patients, who suffer from these socially significant diseases.

In close cooperation with the regulatory bodies in countries from these continents, as well as with medical doctors and pharmacists, our team accomplishes our mission -  our medicinal products and nutraceutical products to reach as much as possible patients in need of them, as well as to support their return to normal healthy and vital life.

Here you can learn more about the diseases, which our medicinal products and nutraceutical products cure and affect in the therapeutic areas, in which we are active.

Endocrinology represents medical specialty, which deals with glands of internal secretion, which are positioned in different areas in human organism. Endocrine gands produce chemical substances, which are called hormones. Hormones relased by glands get into the blood, so that through its circulation they reach organs, which function these hormones regulate.

Hormones of different glands in human organism participate in regulation of main vital processes, such as growth, development, metabolism and others. On the other hand, the pituitary gland (hypophysis) regulates most of the glands of internal secretion. The hypophysis is under the control of the hypothalamus. Some of the glands of internal secretion are the hypothalamus, the thyroid gland, parathyroid glands, hypophysis, pineal gland (epiphysis), adrenal glands and others. Other type of glands are gonads, which include leydig cell, sertoli cells and granulosa cells.

Endocrinology deals with diseases connected with glands, as well as with methods of diagnostics and treatment of these diseases.

One of the socially-significant diseases in the area of endocrinology during the recent years is diabetes. Diseases of the endocrine system include also digestive disorders, as well as metabolism disorders.

Diseases of the endocrine system are characterized by violation of regulation of the released hormone, damage or full destruction of the specific gland or glands, as well as by structural damage. Glands of internal secretion can have disorders, which are expressed in hyper- or hypo-function of the gland. Over-release of hormones by the specific gland is called hyper-function. Hyper-functioning gland leads to damage of many organs and systems in human organism. On the other hand, hypo-function is characterized by lower formation of hormones and their under-release from the specific gland. In such case, hypo-functioning gland cannot fully accomplish its function.

Nutraceutical products of INBIOTECH, favouring the functions of the endocrine system

Another nutraceutical product of INBIOTECH, Vitamin E INBIOTECH provides beneficial effect on the balance of hormonal levels, due to which it favours functions of the endocrine system.

Indicated for adults & children above 15 years of age

Acts beneficially on functions of the cardiovascular system and others.

Indicated for adults & children above 15 yrears of age

Contributes to maintenance of the lipid balance in the organism. 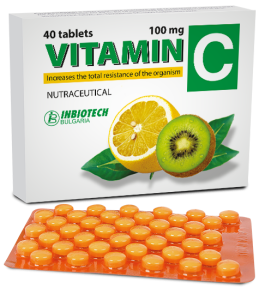 Benefits functions of the immune system & assists overall resistance of the organism. 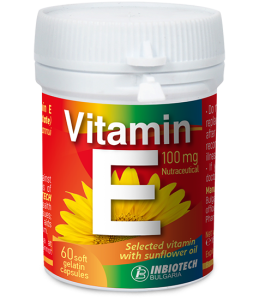 Strongly contributes to natural defence of cells against oxidative stress and others.